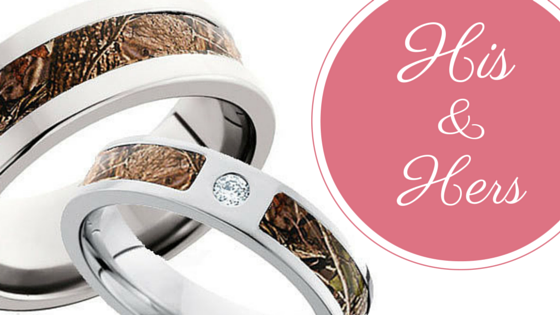 For the couple that loves the outdoors together, these unique camo wedding rings his and hers sets represent your unique bond. Most camo wedding ring options on the market aren't shown together as a set but when ordered in standard widths for men and women, you can create your own custom matching set that is not only one of a kind but really special.

Most women's camo rings are in 5mm and 6mm, while mens rings range from 6mm to 10mm (and sometimes wider). Talk with your camo rings retailer about a custom order because most all camo rings can be custom ordered in whatever width you want. 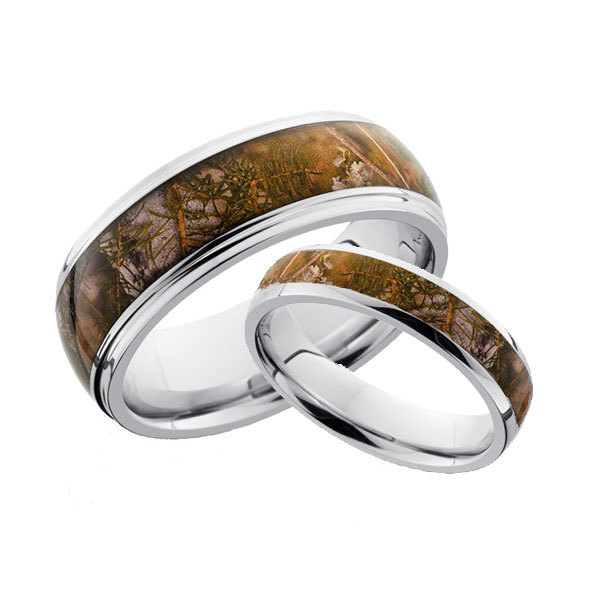 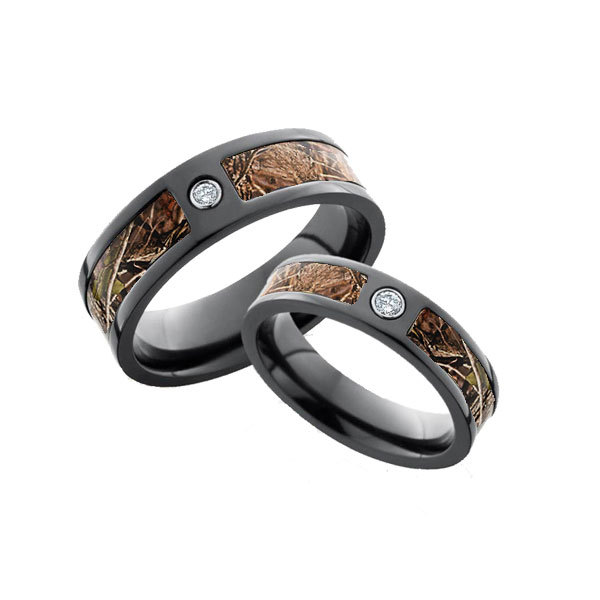 There’s nothing more that says “Hey, we are livin’ breathin’ bona fide Southern souls” than matching rings made of Black Zirconium with licensed camo inlay and a .05 carat diamond in the middle of each ring. Hers is a 5mm thin band with a 3mm camo inlay and his is a 7mm wide band with a 5mm camo inlay. You are free to pick the pattern for your King’s Shadow camo inlay. 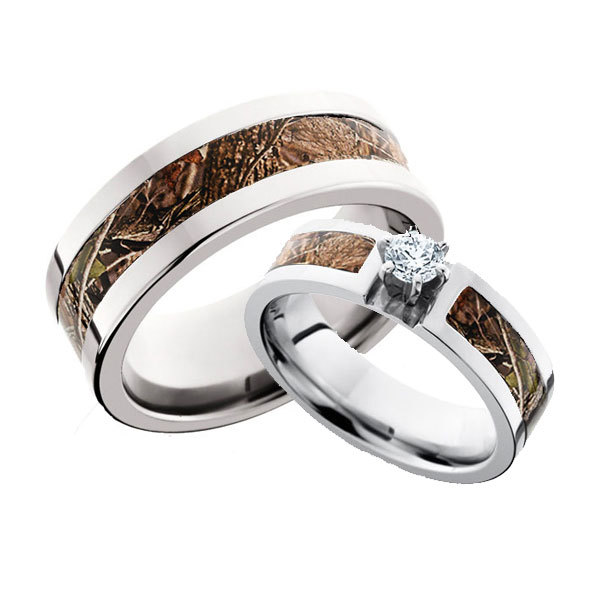 If you’re a camo lovin’ outdoorsy couple who wish to tie the knot, you'll definitely want gorgeous rings that speak of your love for each other and for the outdoors. So don't hold back, show what's truly in your blood!